US economic experts have estimated the cost of Hurricane Irma’s impact on Florida this month will reach US$52 billion – but there may be a silver lining in the aftermath for the solar power industry.

Irma smashed into Florida in the early hours of September 10, cutting off power to about 6.7 million people. The first homes to see power restored were those with solar panels and inverters, which owners found simpler, quicker and cleaner than traditional diesel generators. Said one owner: “You know, you’re just getting this pure sunshine coming through this line and you’re able to plug in your refrigerator. We had a fan, a refrigerator, and we charged our phones. I’m just a true believer now, especially after this storm.”

Media in Florida pointed out the irony that despite calling itself the Sunshine State, local utility companies have been slow to embrace renewable energy. The Public News Service website said Florida Power and Light had only recently announced plans for eight new solar plants across the state, while another provider, Duke Energy, had just chosen solar farms over nuclear for its newest power generators.

According to PNS, Florida is one of 13 states that still do not have a voluntary or mandated renewable-energy standard. Renewable-energy advocates are hoping the tide will change as solar is seen as an option to get communities back online safer and faster.

BBVA Research says the economic losses suffered in Florida and Texas will be felt most in the short term, but “as conditions normalise, economic activity is positively affected, as long as insurance and assistance funds are made available.” 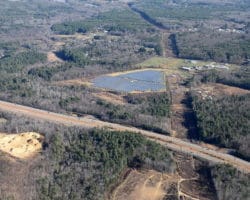