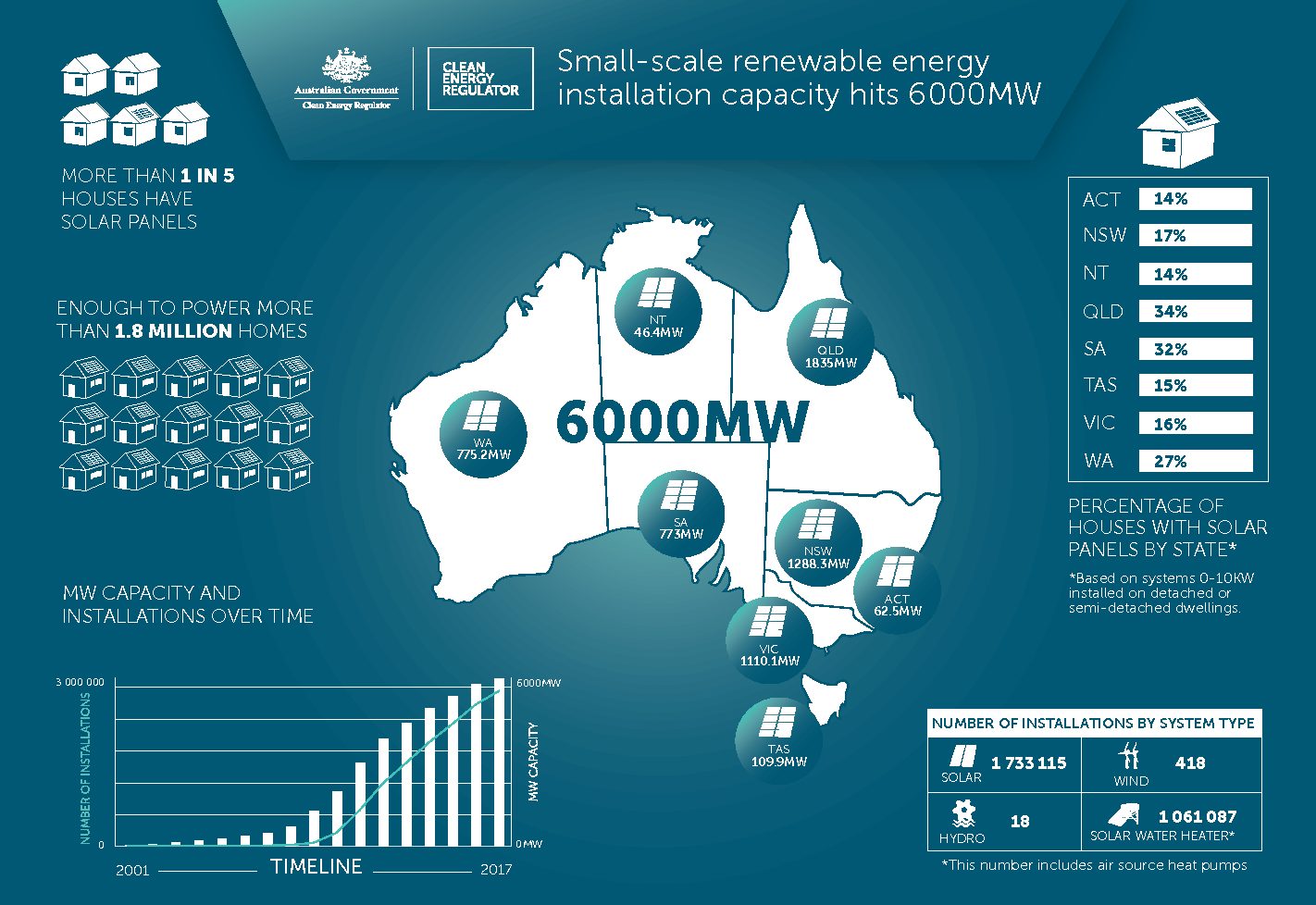 Australian homes and businesses now generate more than 6000 megawatts of power, enough to power more than 1.8 million homes — equivalent to every home in Sydney.

The Clean Energy Regulator has reported there are now almost 2.8 million small-scale installations across Australia, with Queensland having the largest uptake of systems under the Small-scale Renewable Energy Scheme.

General Manager Mark Williamson said these installations now had the capacity to generate or displace approximately 11.2 million megawatt hours of electricity each year.

“More than one in five Australian households now have solar panels installed on their roof, and that’s the highest rate per capita in the world,” Mr Williamson said.

“We’ve also recorded a trend in larger systems being installed over the past few years, with the average capacity of a system increasing by 12 per cent from 2015 to 2016.”

The typical size of rooftop solar panel systems now being installed in Australia is five kilowatts, which can generate up to 10 megawatt hours of energy every year. This is more than twice the energy used by an average home, so the excess renewable solar electricity is fed into the grid for use by other homes and businesses.

Small-scale systems include capacity of up to 100 kilowatts. The small generation unit calculator and solar water heater calculator help system owners calculate the number of small-scale technology certificates their system may be eligible for.